Whats in the Hoya names

Hoyas can be named after:

2. Character of the plant - some hoyas are named based on their outstanding characteristics.

3. Prominent Collectors - if a species is collected from the wild, it is usually named after the collector. Generally, if the collector is a male, the name ends with ii.

4. Person of exemplary contributions to Botany. If that person is

2. a male - the name ends with "iana" (except Hoya loyceandrewsiana, maybe because it is named after the her full name)

This is the basic guidelines only, as you learn more and more about hoyas, you'll find out that some are not named as above and many are mislabelled or misnamed or worst NO ID.

Also, as I mentioned in Part 1: If you are writing Hoya label/names in a facebook, instagram or other plaftfrom posts, or even in your own plant tags, it might be difficult to follow underlining and italizing the words, so as long as you know the rules, I believe its okay, you do not have to follow the rules 100%, there is no hoya police to take you and put you in jail for not following the rules. (But thats just me, so you can blame me if you get told by anyone hahaha). The name or the ID of the hoya is more important to me than the way its name should be written.

Anyone who created or cultivated a hoya can give that cultivar any name. Anyone who collected a hoya and believed that it is a new and unnamed species can give that hoya a name. But to be registered and accepted, a thorough process needs to be followed. That is a very serious matter already and is way beyond my comprehension, so I will leave that topic to the hoya experts.

HOYAS NAMED AFTER A PLACE

HOYAS NAMED AFTER ITS OUTSTANDING CHARACTERISTICS

Based on the characteristics of the flowers 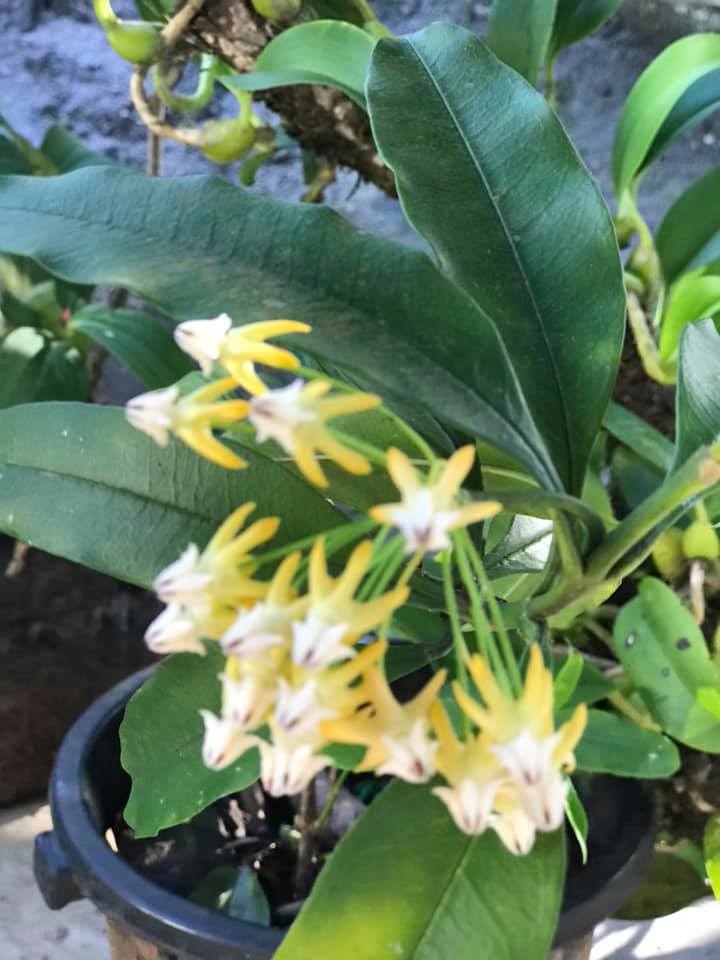 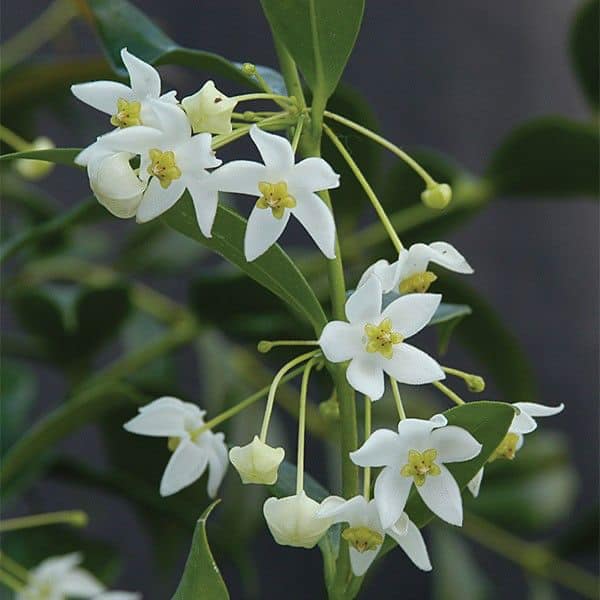 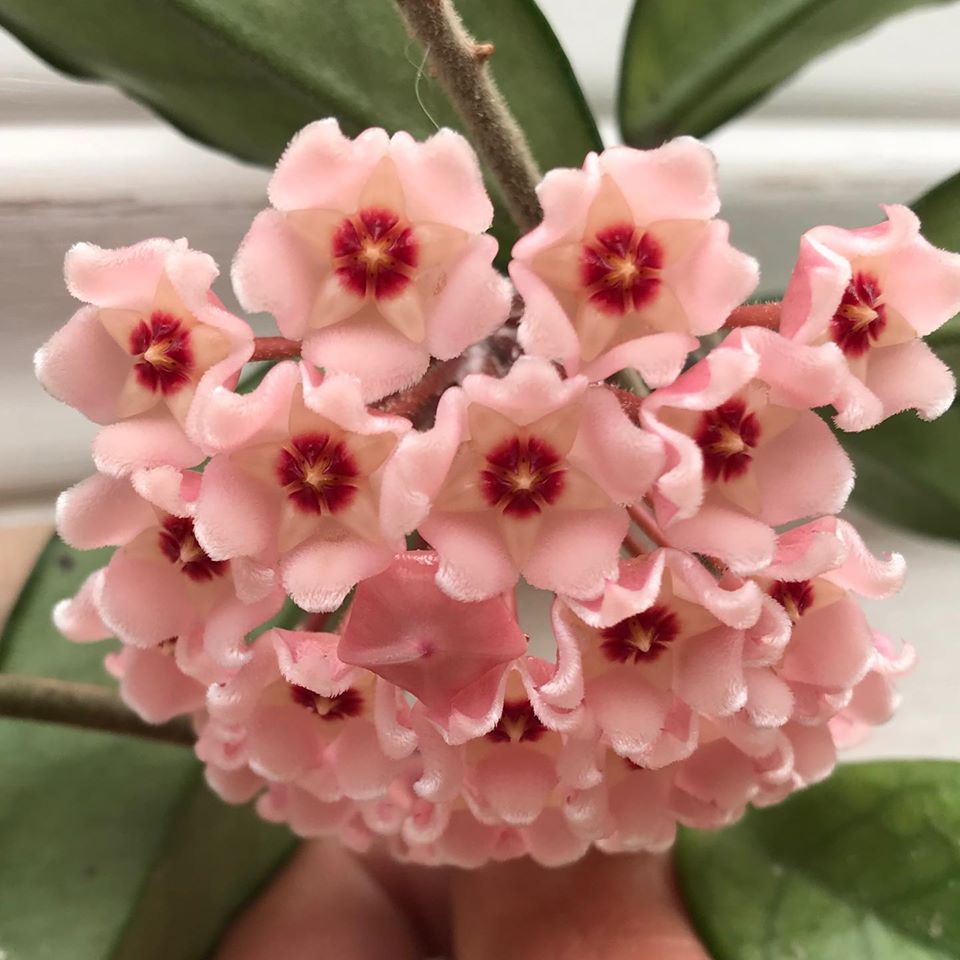 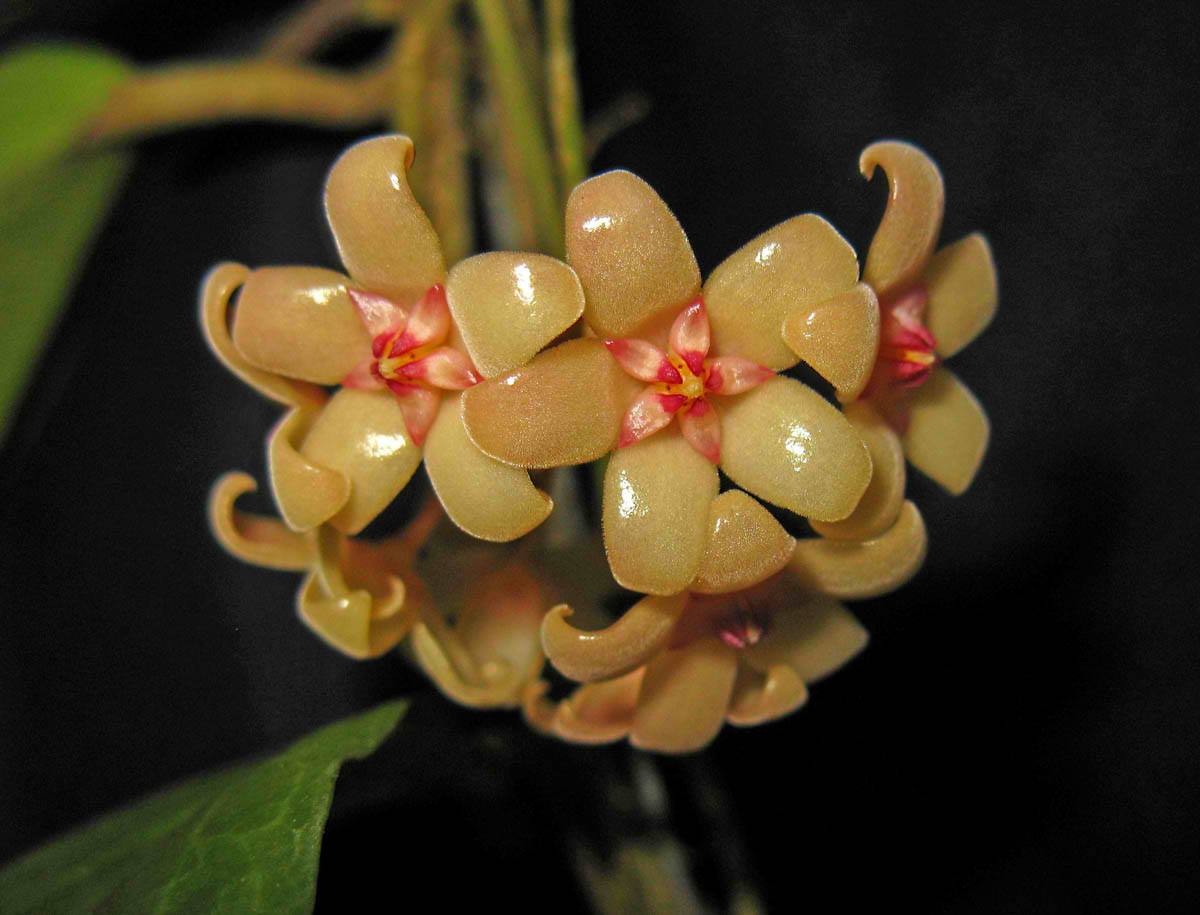 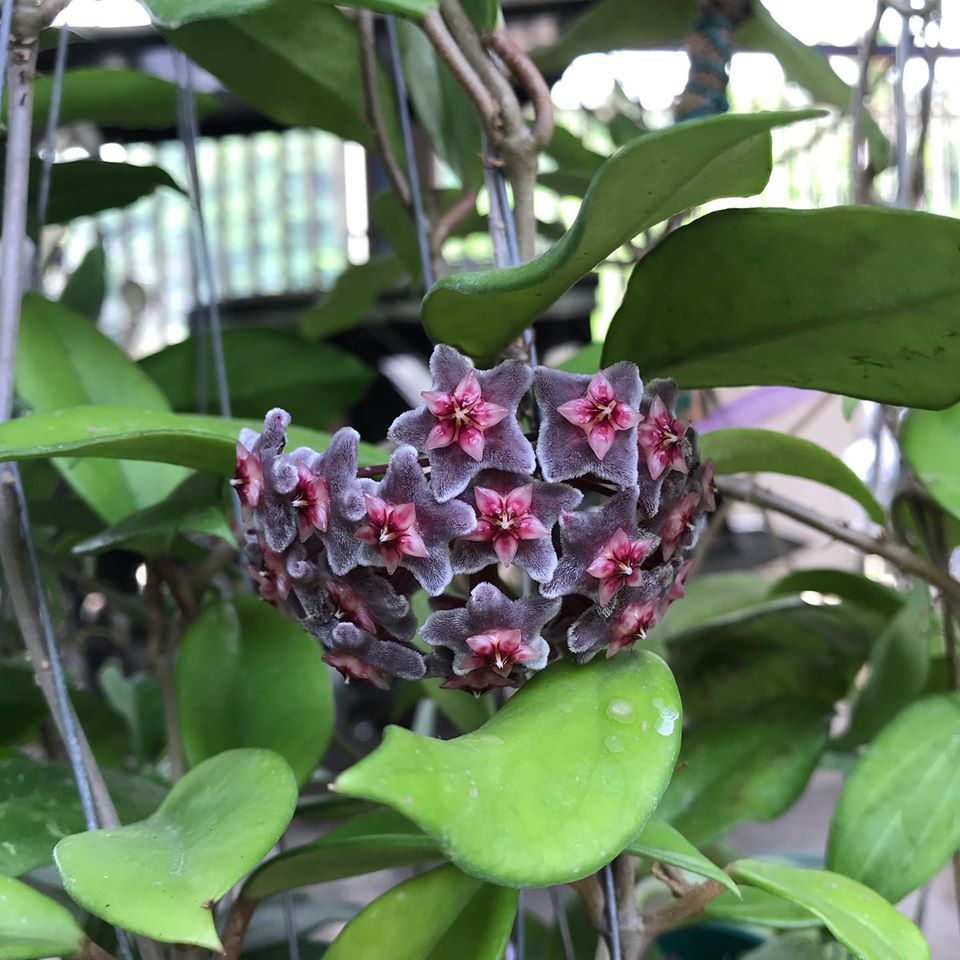 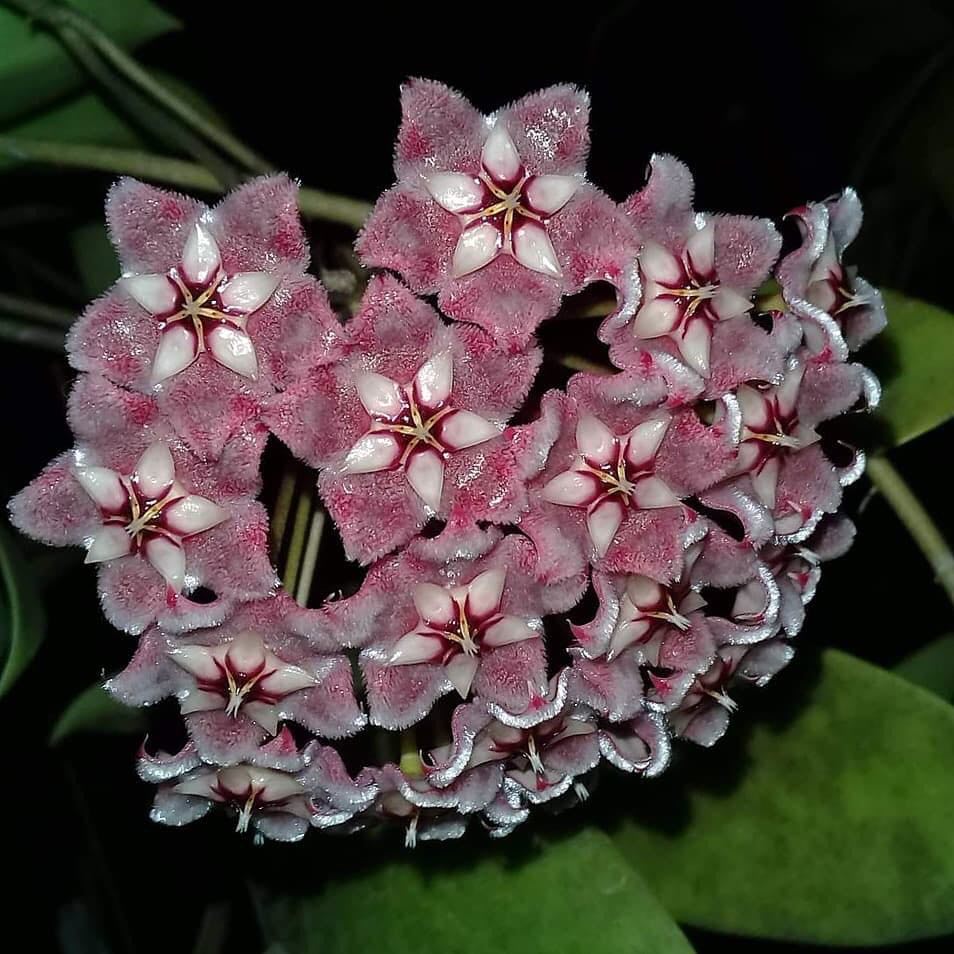 Hoya odorata - The species name is descriptive name of the highly fragrant flowers, from Odorata, the feminine form of the Latin word odoratum meaning fragrant or perfumed.

Hoya cutis-porcelana - named after its delicate, porcelain like flowers

Hoya pubicorolla - named because of its pubescent corolla

Hoya named based on the characteristics of the leaves 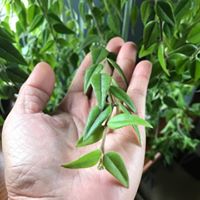 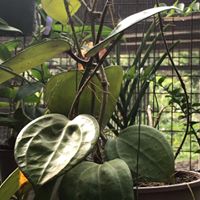 Hoya caudata - named because of its caudate leaves. Caudata is a Latin adjective for something having a tail. As you can see in the picture, Hoya caudata got that fish tail-like apex.

Hoya kerrii- is a species of Hoya native to the south-east of Asia. A specimen was collected by Arthur Francis George Kerr in 1910 or 1911 in the Doi Suthep mountains west of Chiang Mai (Northern Thailand) at an altitude of 390 m above sea level. It was transplanted to Kew Gardens where it flowered in August 1911, and the species was first described by William Grant Craib from that plant and the wild collections in 1911

Hoya darwinii- This hoya is one of the most interesting Hoyas because of its dimorphous leaves (it has two dinstinct forms of leaves, one that is flat which eventually curl into ball and serves as nest for ants). Flowers are pink coloured and very large for the genus. It is named in honor of Charles Darwin.

In 1985 Tony Lamb of the Tenom Orchid Center, and Ben Wallace of the Sydney Botanical Garden, collected a Hoya that has a weird adaptation: The large (4” x 6”) elliptic leaves are clumped 2 at a node, and there are usually 1 or 2 other short, side branches at the same location on the stem, each with 2 more leaves, so that there might be up to 6 leaves at one point. The leaves are held upright at about a 30 degree angle and at a right angle to the lower set. Closely set, they make an efficient “basket” to direct water, trap debris and make a good home for ants.

1. Hoya burtoniae -H. burtoniae was named after Ms. Christine M. Burton, an American collector and researcher of Hoya, 81 years after the type specimen was collected by Mr. Loher in Montalban, Rizal a province in the Luzon Island, Philippines in September 1909. It is included as an endangered species in the Department of Environment and Natural Resources Administrative Order (DAO) No. 2007-01.

Was first collected by Mr. Reynold B. Pimentel in Bicol region, Luzon Island, Philippines. The plant was named after Dr. Simeona V. Siar in recognition of her efforts and contributions to the study of Philippine Hoyas. Unfortunately Dr. Siar passed away in 2011. It was first published as Hoya siariae in 2002 by Dale Kloppenburg and was later realized to be a sub-species of Hoya blashernaezii. It was re-published in 2014 as Hoya blashernaezii ssp siariae. 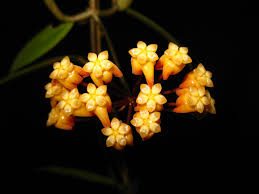 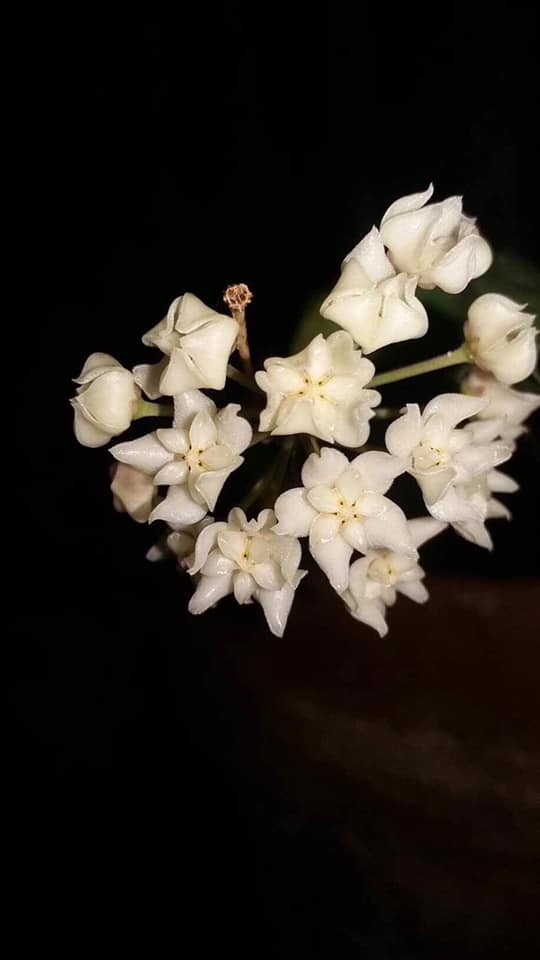 1st photo - Hoya augrigueana - refers to the name of the Senior Science Research Specialist at the Philippine Nuclear Research Institute, Mr. Fernando B. Aurigue who collected the plant.

2nd photo - Hoya pimenteliana - Blas Hernaez of the University of the Philippines, Los Banos (UPLB) collected this species and it is named after Mr. Reynaldo Pimentel, a well known hybridizer in the Philippines.

Hoya chewiorum - It is named in honor of brothers Philip and Dr. Steven Bosuang (formerly known as Chew) who helped set up the Kipandi Park in the Crocker Range in Sabah, which included the establishment of a collection of native Hoyas.”

Hoya ilagiorum - This species was named after the family of Dr. Leodegario “Ody” Ilag who was with the Department of Agricultural Economics of the College of Agriculture at UPLB.